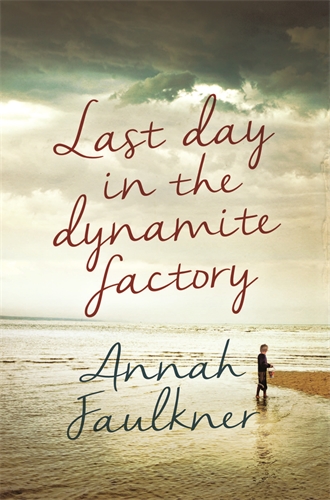 The title of this book is portentous and I began reading with an expectation that something explosive would happen. It did, and sooner than I thought. On the first page a stick of dynamite is wedged into the stubborn roots of a camphor laurel tree, because despite its hacking it would not die, ‘a tiny green shoot had sprung from its stump’. A metaphor surely, of hope perhaps, or the persistence of truth. By the end of page two the green shoot is gone for good, but the memory of it lives long in the boy who ran from the blast, and it lies like a foundation stone beneath the architecture of this lovely book.

The story starts, in earnest, more than thirty years later. Chris is now in his forties and he’s mourning the death of his aunt, and adoptive mother, Jo. Her passing ignites the fuse that drives the narrative of this book. Jo was his mother’s sister, but about her, she spoke very little. She was the keeper of knowledge and the hoarder of secrets. Her death magnifies Chris’s feeling that he doesn’t really know who he is, and intensifies his longing to understand his mother, and identify his father.

It often takes a while for me to enter fully into a story. I observe it from a safe distance, making assumptions about its worth, judging its scale, the quality of its construction, the attention to detail. First impressions can set up a resistance. it’s like seeing a house for the first time; its style, its era, the embellishments on the balcony. These things have nothing to do with how habitable the building might actually be, but they can all slow your progress to the front door. It took no time at all to feel comfortable in this story. It was immediately familiar. An Australian voice perhaps, an iconic Queensland setting – the sloping block and old Queenslander recognisable no matter where in this big country you grew up.

Last Day in the Dynamite Factory draws you in. It’s not like the pull of a car crash or the voyeurism of salacious gossip. Instead it’s the kind of story you want to hear because it reflects your own concerns – identity, relationships, work, family and love. The detail may not be ours, but the larger questions are the same as those that echo through our own quiet moments.

There is a big story here, and at times it explodes and the shockwaves move it forward at a perfect pace. But the smaller stories are equally engaging. Chris’s relationship with his wife, Diane, is delicately told and Faulkner writes beautifully about sex and love and the longing for them to coincide.

Work is another theme that many readers will relate to. Why we do what we do, and what it costs us. Chris is a conservation architect who would like to be doing something else but is shackled by his expertise and good reputation.

The very domestic nature of these themes, and the human scale of their rendering, make this an accessible read. But it is the skilful writing – the sturdy frame and invisible joinery, the balance of form and function – that make this a great read.

The persistence of truth – within us, between us, and over the course of time – is like a tiny green shoot that sprouts through this book. The truth, in the end, makes a good story and I would not hesitate to recommend it.