“The only advice, indeed, that one person can give another about reading is to take no advice,
to follow your own instincts, to use your own reason, to come to your own conclusions.”
~ Virginia Woolf, The Common Reader Vol II

All reviews produced and recorded for Radio Northern Beaches, Sydney 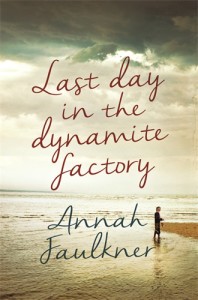 LAST DAY IN THE DYNAMITE FACTORY

By Annah Faulkner Published by Picador, 2015 The title of this book is portentous and I began reading with an expectation that something explosive would happen. It did, and sooner than I thought. On the first page a stick of dynamite is wedged into the stubborn roots of a camphor laurel tree, because despite its hacking it would not die, ‘a tiny green shoot had sprung from its stump’. A metaphor surely, of hope perhaps, or the persistence of truth. By the end of page two the green shoot is gone for good, but the memory of it lives long ...
Read More 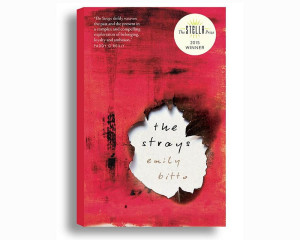 By Emily Bitto Published by Affirm Press, 2014 Who hasn’t imagined themselves part of a world more exiting, more colourful, more sensual, or perhaps, more dangerous than their own? 1930s Australia is a bland and conservative place, subdued by economic depression, isolation and censorship. For an adolescent Lilly, becoming friends with Eva is like glimpsing the colourful spectrum of ordinary light as it passes through a shard of broken glass. Eva is the middle daughter of Helena and Evan Trentham. He is a well-known avant-garde painter; she has a glamour that rebels against the restraint of the times and separates ...
Read More

By Andrew O’Hagan Published by Faber & Faber, 2015 The recurring motif in this book is light, which isn’t surprising given the title. But it is not immediately clear what is being illuminated. Early on we are introduced to the Blackpool Illuminations, a festival of light that has been drawing people to that English seaside town since 1879. But we don’t return to Blackpool until much later. In between lays the story, and it is a good one, with two interweaving narratives that initially could not be further apart, but which come together gracefully. At the heart of this ...
Read More

A Novel by Miranda July Published by Canongate Books, 2015 I’m going to start this review by saying things that may turn prospective readers away from The First Bad Man, but that is not my intention, so please bear with me. Reading The First Bad Man felt a little like cleaning out my fridge. I was frequently disgusted, surprised by some of the content, but compelled by each disturbing discovery to keep going. Just like I can’t help lifting the lid on some mouldy mass in the bottom of my crisper to try and figure out what it is, ...
Read More

by Mario Vargas Llosa Published by Faber & Faber, 2015 Oh, where to start with this review? Perhaps with the author: Mario Vargas Llosa was born in Peru in 1936 and is one of the most significant Latin American writers of his generation. So significant, in fact, that in 2010 he was awarded the Nobel Prize in Literature. Now to the reader: I was born much later, on the other side of the world, and while I had a love affair with the magical realism of Latin American writers such as Gabriel Garcia Marques and Isabelle Allende in the ...
Read More

by Brooke Davis Published by Hachette, 2014 I loved this book. Like many people who’ve read it, I found it warmed my heart, tickled my funny bone and made me think, deeply. Lost & Found is the story of seven year old Millie Bird, Eighty-seven year old Karl the touch-typist and Eighty-two year old Agatha Pantha. They are an unlikely trio, with unlikely names who get into all sorts of unlikely situations during a road trip in search of Millie’s mother. Everyone in this story has been left behind, even the minor characters, but the texture of each person’s ...
Read More

By Eva Hornung Published by Text Publishing, 2009 Yann Martel – he who wrote The Life of Pi, one of my favourite books of all time – describes Dog Boy as ‘Extraordinary’. This word is printed in quotation marks on the cover of the book, and it is the reason I picked it up from the pile of pre-loved tomes at my local second-hand book store. Of course I doubted it would be ‘Extraordinary’ – these superlatives are often found on the front of books I pick up and I am too often disappointed – but not this time ...
Read More

HISTORY OF THE RAIN

By Niall Williams Published by Bloomsbury, 2014 The words of Jane Austen, Robert Lewis Stevenson, Charles Dickens and so many others, are woven like snail trails across the cover of this book. They are only visible when light strikes them in just the right way, so I didn’t notice them until I was about a hundred pages in and had found a sunny spot to read. When I did notice them they made perfect sense, because this book is all about stories; those that have been written down and those that are told, and how both make up a ...
Read More

WHAT DAYS ARE FOR

By Robert Dessaix Published by Knopf, 2014 I need to preface this review with a bit of context. I recently sat among the greying crowd of Adelaide Writers’ Week enthralled, amused and occasionally titillated (in that delightful way heterosexual women can be when gay men tease them with sexual innuendo). Robert Dessaix was being interviewed, and he was in fine form. He had just turned seventy one and the span of years was deeply etched across his expressive face, and obvious in the careful tread that took him from chair to lectern when asked to read from his book ...
Read More

By Jenny Offill Published by Granta, 2014 Speculators on the universe … are no better than madmen. This quote, from Socrates, begins a story of an ordinary marriage within an ordinary life. But it is told in such an extraordinary way that it demands to be read to the end in one sitting. Of course, I have kids and I work and there are plums falling from the tree in our back yard insisting they be turned into jam, so I didn’t read it in one sitting, but I wanted to. And I might when the kids grow up ...
Read More